Paris Influence…
Wandering through the streets of Paris, writing scenes in my head, is where January found me. Although my novel will not be set in Paris, the City of Light has long been a source of creativity for all manner of artists. I wanted to visit, or, in some cases, re-visit places where artists lived, wrote, hung out drinking and talking, or, actually, lie buried.

My favourite required reading in high school was Edith Wharton’s slim, darkly disturbing novel, Ethan Frome. I’ve never met anyone who loved that fated love story as I did, and although I never enjoyed any other Wharton novel to the same degree, the effect Ethan Frome had on me at seventeen was enough to make me a life-long Wharton fan. Entitled and adventurous,Wharton was pretty spunky for her time. She left her homes in New York and Massachusetts seeking liberation and intellection stimulation in Paris. And she found it – as well as a lover. I walked past the apartment on Rue de Varennes she had shared with her mentally unstable husband, Teddy, envisioning her carefully planned trysts with Morton Fullerton in many of the galleries and museums and parks of Paris. Reading the details of her passionate affair, I’m not sure how she found the time and energy to write. But it was fun to mentally compare the stifling and conservative life Wharton was forced to live in North America with the bold, vibrant, rather naughty one she created for herself in Paris. 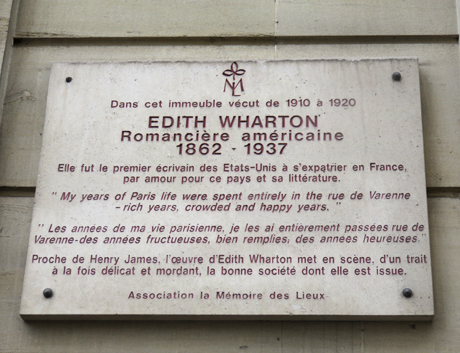 In St. Germain-des-Pres, I looked up at the formerly miserable rooms on Rue Jacob where another woman had lived and written. But Sidonie-Gabrielle Colette’s circumstances were the complete opposite of Wharton’s. The young Colette was locked up by her husband for hours each day so she would have no alternative but to write. The unscrupulous Willy was financially benefiting from his wife’s writing success, and didn’t want to lose a good thing. Luckily Collette was able to end her confinement by divorcing Willy after a few years, but it was chilling to stand outside that building and imagine Collette’s despair.

Where is the heartbeat of Paris if not in its brasseries and cafes? The brasseries in Montparnasse and the Latin Quarter were favourite meeting places for both French and expatriate artists and writers, the latter including Hemingway, F. Scott Fitzgerald, Gertrude Stein, Ezra Pound, and James Joyce. In the heart of what was then the artistic and literary centre of Paris, I stopped for a nice glass of Sancerre at Les Deux Magots, envisioning the room filled with those writers of the past while I scribbled my own impressions. 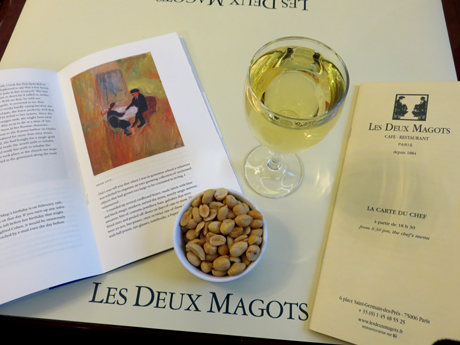 Another day found me at Café Tournon, close to the Luxembourg Gardens. Café Tournon is much less known and far less grand than Les Deux Magots or its rival, Café de Flore, but during the 50s and 60s it was a thrumming intellectual and creative night spot. It was here that James Baldwin, author of Go Tell it On the Mountain, Giovanni’s Room and others, wrote. In Paris, Baldwin found freedom from the prejudice haunting him due to his race and sexual orientation, which had made life in America intolerable for him. 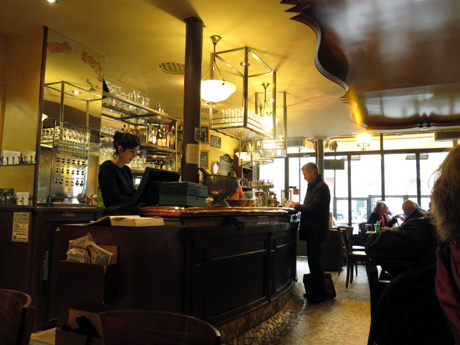 I can’t stay away from bookstores no matter where I travel. Paris has so many of all descriptions, from the well-known and long-established Shakespeare and Company for books in English, to the traditional and upscale shops which buy and sell old but lovingly preserved volumes, to the boquenists – the tiny green kiosks set up along the Seine, selling all manner of old and new books for a few euros each. I found myself drawn into at least one bookstore every day, and my purchases created the necessity for a larger carry-on to get them all home. 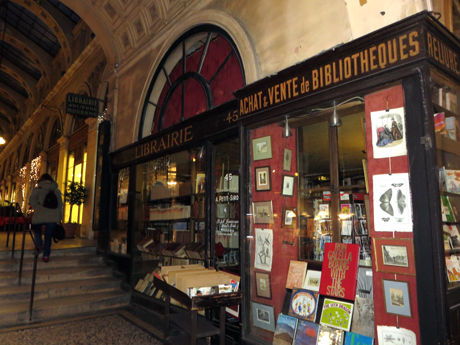 And finally, I visited some of the cemeteries of Paris. Anyone who read my blog post from March 2014 will know how I love a good cemetery. The glorious Père Lachaise is the final Paris resting place for many well-known people of all disciplines. It takes hours to wander through the beautiful intersecting and at times confusing pathways. But I persevered, and as well as the graves of musicians and artists, I found the headstones of the above-mentioned Collette, and Balzac and Musset and Proust, as well as Oscar Wilde and Jim Morrison. 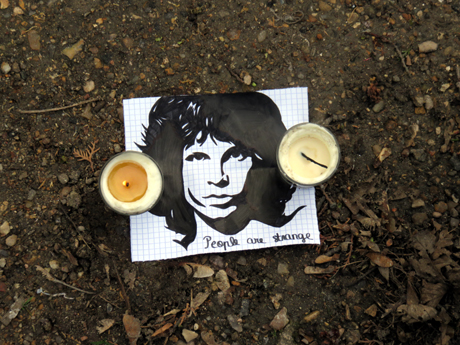 Home from Paris, do I feel inspired? Yes, and also, as always, grateful for being a Canadian, free to live the life I choose and write what I choose.

And now it’s time to get to work…