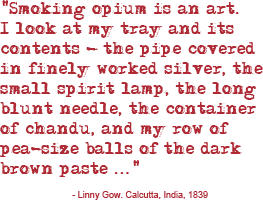 A historical saga set in the 1820’s and 30’s, Linda’s editor at Headline Publishers – Harriet Evans – describes the novel as “Catherine Cookson meets The Far Pavilions in a sweeping tale of nineteenth century England and India.”

From the cover:
“India, 1839: Linny Gow, a respectable young wife and mother, settles down to write her life story. To outside appearances Linny is the perfect British wife: beautiful, gracious, subservient. But appearances can be very deceptive…

Born into direst poverty in Liverpool, Linny escapes the life of prostitution her stepfather has forced her into, and flees to India, where the British Raj is in its infancy. There she will find heartache and suffering, but also an understanding of what love can mean and — perhaps most precious of all — freedom.
But how did Linny achieve all this? And what has she sacrificed along the way? Most importantly, is this the end of Linny’s journey, or is her story not yet over?

I’m intrigued by the lives of British women in the 19th Century.

While researching the term “fishing fleet” I delved deeper and deeper into the complicated world the British “memsahibs” were forced to live in during during the time of British rule in India. There are layers of duplicity and snobbery, of heartbreak and hope within the societal enclaves the British women made for themselves, amidst the beauty and squalor of this new home.

I discovered stories from women who embraced the differences they found and those who tried to pretend these differences didn’t exist by hiding behind a false “little England” that they carved out of the chaotic and mysterious background of India.

I personally felt a deep sense of wonder and admiration for the women who found a way to survive these challenges.
– Linda Holeman 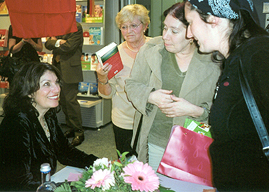 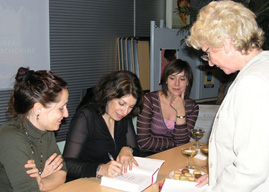 ‘‘(Linda Holeman) is a master of dramatic tension and of seducing a reader’s attention…there is a beautiful imagination at work here and a touch of genuine narrative magic that makes the book a once-in-a-lifetime read.’’
– Globe & Mail, Canada

“The Linnet Bird succeeds as a fascinating historical epic because Linny is such a complicated character who can’t quite be pinned down. She is the victim and the aggressor, the subservient wife and the wild adventuress.”
– Winnipeg Free Press, Canada

“The story twists and turns in many directions before finally reverting back to its beginnings, and then features an ending both unpredictable and breathtaking….Her best book yet, The Linnet Bird will captivate readers, enthrall them and take them on a journey far from the imaginable.”
– Lethbridge Herald, Canada

“Nineteenth-century London, gray as a charcoal sketch, gives way to a Calcutta that is as vibrant as a print photograph…Holeman’s descriptions of the brilliant colors of the markets, the humidity of monsoon season, the scents of jasmine and sandalwood, and also of decay, portray the revival of Linny’s soul…Historically and geographically detailed, The Linnet Bird is a highly satisfying story of the triumph of will over circumstances.
– Orlando Sentinel, USA

“The plot moves at a fast enough pace, and the descriptions are so vivid that the book becomes a page-turner.”
– Booklist, USA

“Holeman excels at painting the different mileius of the time – from the clammy docks where the whores ply their trade, to the stuffy drawing rooms where the ladies gossip over tea, to India, where a “fishing fleet” of poor young well-bred women go in search of husbands.  Her physical descriptions can be powerfully tactile and absorbing.”
– Publishers Weekly, USA

‘‘A glorious, sweeping read combining all the right ingredients as we follow the unpredictable life of a now respectable Raj wife. Has all the qualities of a best-seller.’’
– Bookseller, U.K

“Linny’s talent for survival makes for compulsive reading…succeeds in being more than just a historical saga; it is a rites-of-passage tale with a very convincing and resourceful heroine.”
– The Lady, UK

“Book of the Week – This is a sweeping, unputdownable saga (think The Thorn Birds and  Gone with the Wind) that you’ll probably want to tell all your friends.”
– Woman, UK

“It is a rich, atmospheric novel that has all the hallmarks of a mini-classic.”
– Sunderland Echo, UK

“Sensitively written, Holeman’s tale of courage and fortitude is raw at times and tugs at the heart.”
– The Statesman, India