The Lost Souls of Angelkov 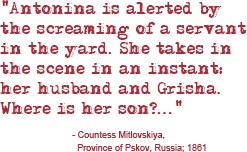 “As enchanting as a Tchaikovsky ballad, as heady as vodka…this novel is as intriguing as a matryoshka. We no sooner open one doll but there is another and another to tempt us further into the heart of this tale. Set just after the Emancipation Act of February 1861 when Czar Alexander II freed the serfs, the book explores this painful period in Russian history as the country struggled to free itself from the bounds of ignorance and feudalism. From the Countess’ luxurious manor house to the miserable huts of the serfs, Holeman explores the forbidden liaisons, treachery, sexual longing and revenge of the unhappy people who inhabit this isolated estate. The reader will emerge with a deeper understanding of the class struggle and tortured relationships which shaped Russian history.”  Roberta Rich, author of The Midwife of Venice.

From the jacket:
“From one of Canada’s finest historical novelists, an intricately woven story of revenge, deception, love and redemption set against the turbulent social upheavals of 1860s Russia…the historical sweep of Gone with the Wind, with a Russian twist, as serfs abandon the great landowners’ estates after they are emancipated by the Tsar in 1861 and the old order crumbles.”

My paternal grandparents were Russian, immigrating to North America prior to the 1917 Revolution.  My grandmother brought with her the oral history of her life as a village peasant. The most memorable story was of her five-year old brother.  A group of men – sometimes my grandmother called them Cossacks, sometimes Tatars – thundered through their village on horseback and my grandmother watched helplessly as her little brother was swept away. He was never seen again. And so Russia became a place of mystery and intrigue for me. I open my novel with that very fact: a stolen child. In the mid-nineteenth century, Russia was a country whose people lived in either great wealth or abject poverty.  I wanted the backdrop of this novel to be about a pivotal time in Russian history, and what more pivotal than an act as huge as the 1861 serf emancipation?  At the time of the emancipation there were more than 23 million serfs living under terrible conditions. A Russian landowner’s wealth was measured not just by his property, but also by the number of serfs, also known as souls, he possessed. The manor serfs worked on the estates themselves, while the vast majority lived in villages and worked the land, paying the landowner taxes for the use of this land. And some…some were serf musicians.Performing publicly was seen as beneath the aristocracy, and so the serf orchestra originated: boys pulled from the peasant population and trained to be performers. Mid-century there were over 300 serf orchestras.  But no matter how great the skill, each musician remained at the disposal of his master. Within these pages is a child stolen for money as well as one given up for music. The major characters – Antonina, Lilya, Grisha and Valentin – struggle to survive not only in a country chaotic with unrest, but also within a microcosm, on the crumbling estate of Angelkov, with all its lost souls.
– Linda Holeman 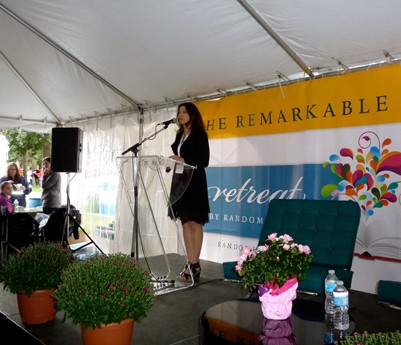 “Holeman does a superb job of dissecting the class tensions and the various ways in which people are caught in circumstances beyond their control…Holeman is at her best when she is letting the action rip.”
– Globe and Mail, Toronto

“Writing strong female characters bound by their circumstances is a specialty of historical novelist Linda Holeman…Holeman’s latest novel, the Lost Souls of Angelkov, reinforces her reputation. Her greatest skill may be in writing deeply flawed characters with whom one can still sympathize.”
– Winnipeg Free Press

“Everyone has secrets at Angelkov and acclaimed historical fiction writer Holeman reveals them slowly and with satisfying suspense.”
– Toronto Star